What are the problems?

As a business owner, you make financial decisions based on what you know; but what you know is not always accurate or up-to-date. Small accounting errors can mean big money, supplier cash flow issues can cost you, minor pressures can snowball, and sometimes others don't have the business' best interests at heart. You're busy, but bookkeepers and accountants can only work with the information that you give them. It's hard to get a step ahead in business.

You’re not alone. We’ve lived through it all and ridden the business rollercoaster – the ups and downs, wins and losses, the fun and the scares, and this is why we created a system of simple Expert Business Alerts. Here’s our path to XBert. 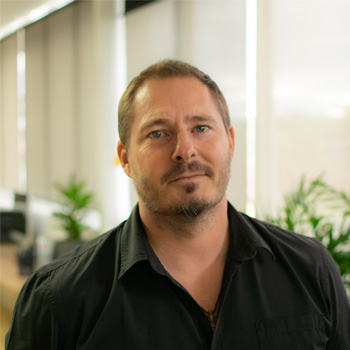 I was 23yo when I realised my ideas weren't going far, and things weren't moving as fast as I wanted while working for others. I needed to do things for myself. In the late 1990s, online was starting to boom, and the marketing industry was ready for a shake-up. Agencies were slow off the mark, so I started a solo consulting business to help them innovate and capitalise by developing new online tools. It quickly became clear that I needed to pull together a talented team and a new business partner. After 15 years, millions in turnover, blue-chip clients, and multiple awards, the team and business were rocketing along. Or so I thought.

The global financial crisis hit and the industry reduced spending drastically. We kept operating, believing the economic downturn would pass, and it would soon be back to business as usual.

For years my business partner and I had no financial worries, but that changed. Our bookkeeping reports were no longer glowing. For the first time, we had to bend our brains around the numbers, and it became our responsibility to make sure everything was up-to-date. But, the numbers weren't adding up as they should.

Clients were taking longer to pay, there were errors in reporting, monthly profits deteriorated, expenses were high, and the real-time visibility I needed wasn't there. Trawling through reports, I uncovered personal expense items that shouldn't have accrued, and when it came time for the culprit to pay it back, they couldn't.

I decided to keep the company afloat based on the financial information I had. Then, my bookkeeper revealed he'd provided an incorrectly bloated cash report due to duplicates and non-reconciled payments. A simple, but very impactful, human error meant this business ride came to an abrupt end.

They say the numbers never lie, but I can tell you that they do. All I could think about was how it could have been prevented.

So, my new business partner, super geek, and lifelong friend Aaron, who had recently had business complications of his own (read below), and I had a beer. We decided to turn our defeats and learnings into a new product to ensure we are always a step ahead. 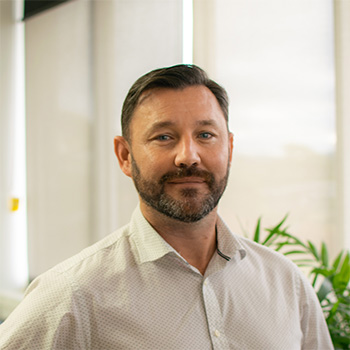 I am the geek who transitioned into management. I have worked in the airline industry, law firms, trading companies, banking systems, and e-learning companies, and have seen the same bookkeeping and financial struggles time and again.

I felt there had to be a better way – a solution for business owners that uses advancements in technology to help them on their journey.

When running a business, I first thought 'this has to be easier' when my entire finance team ended up on holidays or sick leave at the same time. By necessity, I became the finance team and found the books were out by over $40,000. Another director and I spent the entire day looking through the books; every transaction and line item, before realising the invoices for next month had also been added to this month. An easy mistake to make, but this duplication and the resulting incorrect figures would have affected business decisions.

Even as a technologist, who analysed data regularly and looked at numbers and reports all day, this simple bookkeeping error took a long time to find. I'm not the only one with these experiences.

The next bad experience was major, and my catalyst for starting the XBert journey.

I discovered a fellow director had instructed our accountant to make adjustments to the business' books. Although not uncommon, in this case, I believed it was to devalue the company and therefore reduce my shares exit payout. I was advised to hire a forensic accountant, at my own cost, to examine the accounts.

I learned a valuable lesson; your trust of others does not override the need to be deeply involved in your business accounts. However, as a business owner, you're busy, so to do this, you need a clear, simple, and convenient way to stay on top of it all.

What we have learned?

You can't run every aspect of the business. You hire bookkeepers and accountants and need to believe everything is accurate and up-to-date. They need the right tool to help achieve this. Reports are often not frequent enough, and human errors can make them inaccurate. Small mistakes go unnoticed and can cost you. Critical business decision-making requires the right information and complete visibility of the business financial status. You need access to that information when you want, in a way that's easy to understand.

We saw a need for XBert because we've dealt with everything from honest mistakes, to less-than-honest practices, and struggled to keep on top of everything when running a business. It's hard - very hard - so that's why we want to help others avoid the pitfalls and the pain.

XBert syncs seamlessly with your cloud accounting software and uses sophisticated algorithms to analyse your data, alerting you to risks, errors, anomalies, and patterns, that even a trained eye may miss. You'll see real-time snapshots of your business' financial health whenever you need it, including on-the-go. A lot is happening behind the scenes with XBert, but for you, the user, it's a simple to use accounting add-on that will help run your business smarter, saving you time and money.

On our journeys, we've had to take a few steps back to get here. Now we are working towards staying a step ahead with XBert. We've talked to countless other business owners about the problems they've had, and we all have shared experiences. Let us know how we can best help your business by telling us your story, and how XBert can be used to prevent this. Please send us an email.

XBert is web-based, so there's nothing to install. Sign up now and sync your Xero cloud accounting software. In just a few minutes, you'll see how much money your business is at risk of losing and what those risks are. Fix these risks before it's too late.